Who's Afraid of Brea Bee?

Who's Afraid of Brea Bee?

Who's Afraid of Brea Bee? is the seventeenth episode of the eighth season of The Goldbergs, and the one hundred eightieth episode overall. It aired on April 14, 2021.

After realizing there may be trouble in lovers' paradise for Erica and Geoff, Beverly involves herself in their relationship as well as Barry and Joanne's to make sure everyone stays together. Meanwhile, Adam and Brea are cast opposite of each other in the school play, but their excitement for one another's success grows dim when one starts to outshine the other onstage.

· The title refers to the 1965 movie Who's Afraid of Virginia Woolfe.

· Barry and Joanne's couple names for each other include, Big and Little Tasty, Joanne featuring Barry, PB+J minus P. The Jo-fessor and Barry Anne, Bo-Bo McJojo. Jarry and Boanne, Barryanna and Joans. The Beauty and Joanne, Roberto Clemente.

· Barry's 4th couple name The Jo-fessor and Barry Anne, refers to the lyrics of The Ballad of Gilligan's Island that goes: "The Professor and Mary Ann." 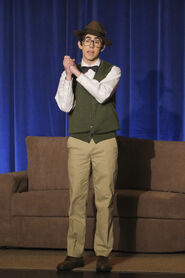 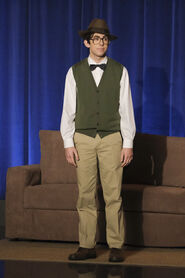 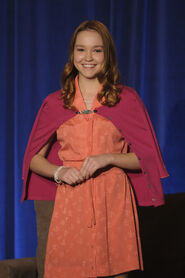 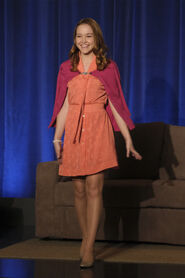 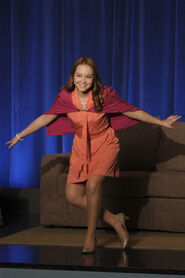 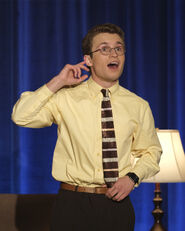 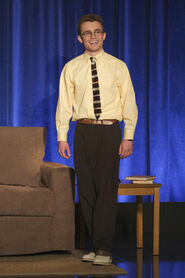 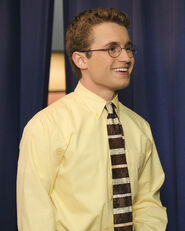 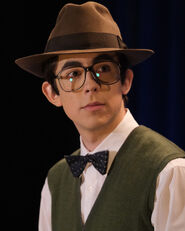 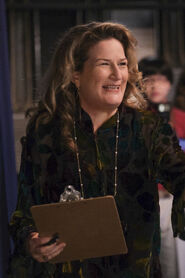