Lew Schneider
The Living Room: A 100% True Story is the eighth episode of the sixth season of The Goldbergs, and the one hundred twenty-fifth episode overall. It aired on November 28, 2018.

Barry realizes that as a future doctor, he should be more concerned about Murray's health, so he enlists the Jenkintown Posse and Coach Mellor to help get his father in shape. Meanwhile, Beverly is horrified to learn that Erica and Adam don't want any of the priceless heirlooms in her fancy, never-really-used living room. 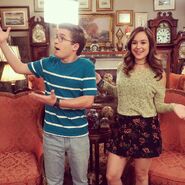 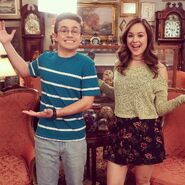 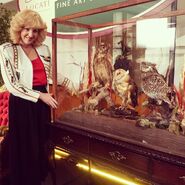