The Hunt for the Great Albino Pumpkin

The Hunt for the Great Albino Pumpkin

The Hunt for the Great Albino Pumpkin is the sixth episode of the ninth season of The Goldbergs, and the one hundred ninety-first episode overall. It aired on October 27, 2021.

Missing his Pops, Adam finds himself disenchanted with his once favorite time of year, Halloween. Beverly tirelessly tries to resurrect Adam’s Halloween spirit from the dead, encouraging Pop Pop to spend some quality time with his grandson. A night of mishaps and chaos turns out to be just the adventure Adam needs. Meanwhile, with the push and support from Joanne, Barry decides to bring his former alter ego, rapper “Big Tasty,” back to life; and a chance encounter with the legendary Elvira, Mistress of the Dark, brings Barry and Joanne closer together 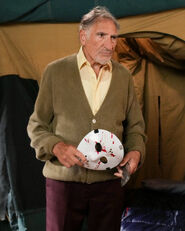 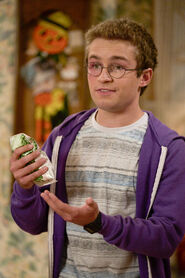