School-ercise is the eighteenth episode of the ninth season of The Goldbergs, and the two hundredth and third episode overall. It aired on April 13, 2022.

When Beverly steps in for PE coach at William Penn Academy, Adam reluctantly takes her Jazzercise class. He is surprised to find enjoyment in it, until Beverly suffers an embarrassing incident – causing Adam the ultimate humiliation. Brea steps in to show Adam his mother's good intentions and he ultimately comes to her defense. Meanwhile, Barry and Geoff find themselves both up for the same medical internship – causing conflict in their budding friendship.

• This is the first time Beverly farts.

• The song that plays at the end of the episode is “You Got It” by Roy Orbison. 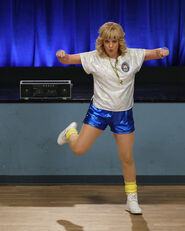 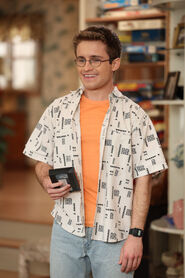 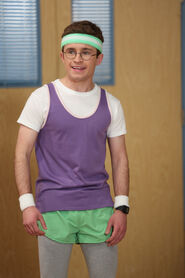