The Goldbergs and Schooled Wiki
Register
Don't have an account?
Sign In
Advertisement
in: A to Z, Episodes, Season 1,
and 3 more

Livin' on a Prayer

Livin' on a Prayer

When Murray learns his high school free throw record has been broken, he begrudgingly attends a banquet as the guest of honor. Reliving his glory years, his school spirit is re-energized...until he is mocked by the crowd. Meanwhile back at home, Barry decides to throw a party where he quickly loses the spotlight and it is up to Erica's friend Lainey to help him get it back.

Livin' On a Prayer by Bon Jovi is heard at the end of the episode. 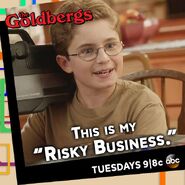 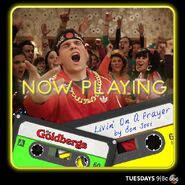