Even though he is terrible, Adam tries his best at ice hockey in hopes of impressing Murray. Likewise, Murray works hard to show he enjoys watching Adam make home movies. Later, after starting a fight on the ice during a game, Adam gets suspended from playing hockey and admits to Murray his real intentions. Meanwhile, Beverly drives Erica crazy about her S.A.T.s. 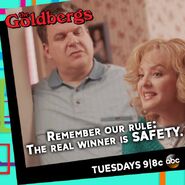 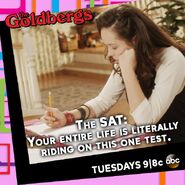