Barry decides to sign up for the school's annual holiday talent show but is bummed when the school doesn't approve karate as a talent. Beverly is livid and brow beats the teacher in charge to change his mind. After the family watches Barry's routine, everyone wonders whether he will be able to pull off the performance... or crack under pressure. Meanwhile, Erica gets coerced from Pops to also perform in the talent show, but will she? 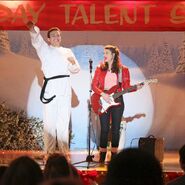 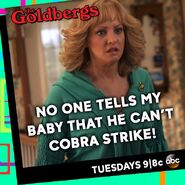