I Lost on Jeopardy

I Lost on Jeopardy

Lew Schneider
I Lost on Jeopardy is the twenty-first episode of the sixth season of The Goldbergs, and the one hundred thirty-eighth episode overall. It aired on April 10, 2019.

Having become obsessed with game shows since leaving college, Erica tries out for Jeopardy!. Meanwhile, a new crush makes Barry realize he might not be over Lainey.

* Despite Erica being accepted into Penn-State in the previous episode, she and Murray make comments as though Erica is still not enrolled

Sailsbury Hill by Peter Gabriel is heard at the end of the episode. 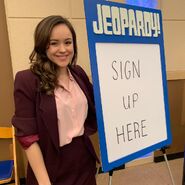 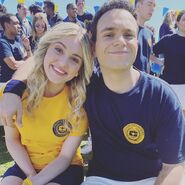 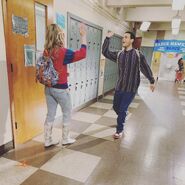 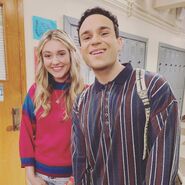