The Goldbergs and Schooled Wiki
Register
Don't have an account?
Sign In
Advertisement
in: Episodes, Season 4, Season 4 Episodes,
and 3 more

Lea Thompson
Ho-ly K.I.T.T. is the seventh episode of the fourth season of The Goldbergs, and the seventy-eighth episode overall. It aired on November 16, 2016.

Murray and Uncle Marvin bond over their love of Knight Rider and attend the Philadelphia Thanksgiving Day parade to see K.I.T.T. in person. Upset at his father and uncle for going without him, Adam poisons their relationship but later regrets his actions. Meanwhile, when Barry declares his intention to split his time between the Goldberg and Lewis families for Thanksgiving, Beverly hatches a plan to invite Bill and Lainey over. Unfortunately, her plans go awry when Bill turns out to have his own idea of how to celebrate the holiday. 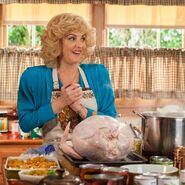 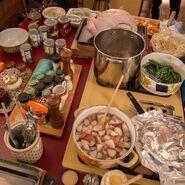 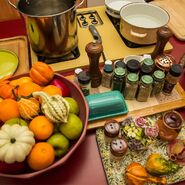 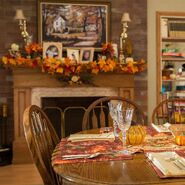 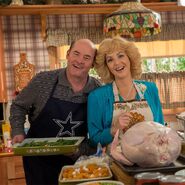