An Itch Like No Other is the fifth episode of the ninth season of The Goldbergs, and the one hundred ninetieth episode overall. It aired on October 20, 2021.

With Beverly's encouragement, Mr. Glascott moves in next door to the Goldbergs and slowly goes from friendly neighbor to cluelessly intrusive. Adam and Murray become increasingly disgruntled while Beverly comes up with a plan to occupy Mr. Glascott's time with a new friend, Mr. Woodburn. Meanwhile, Barry lands in urgent care with a case of poison ivy in a compromising area – his rear end. Erica and Geoff are called to task to take care of Barry and his ridiculous demands – inadvertently testing their parenting skills and patience with one another. 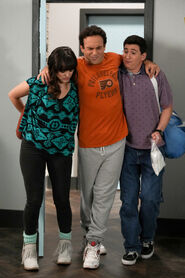 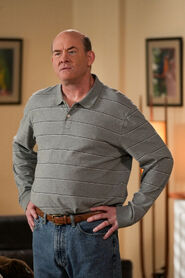 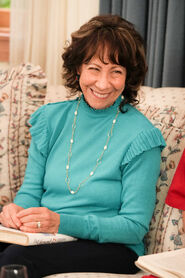