The Goldbergs and Schooled Wiki

What's on your mind? 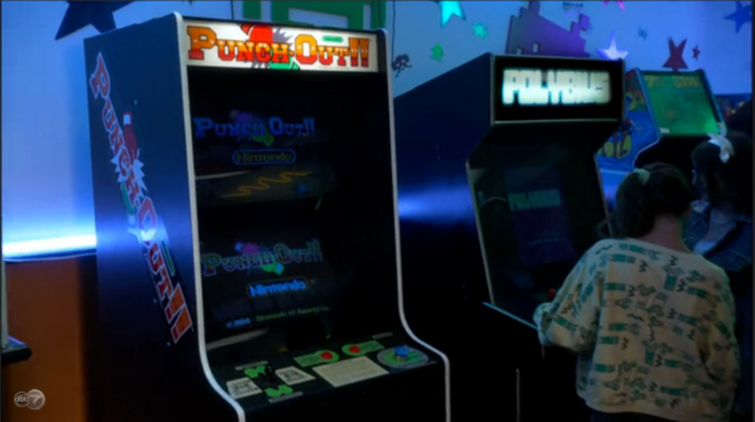 Graduation day is approaching and everyone, especially Adam, is ready – except for Beverly who is not coping well with the idea of an empty nest. Meanwhile, with Geoff's encouragement, Erica decides to try out for Cyndi Lauper as a one-time backup singer replacement. Ultimately, resurrecting her singing dreams doesn't manifest, but bigger and exciting new beginnings await her and the Goldbergs.

Big things happening next season! What did everyone think about last night's season finale?

After a mold issue at home forces Erica and Geoff to stay at the Goldberg house, Beverly senses tensions in their marriage and seizes the opportunity to impart a little marital advice.

What did everyone think about last night's episode?

One Exquisite Evening with Madonna

With Adam's graduation approaching, Beverly debates staying on as William Penn Academy's Quaker Warden. Forever butting heads with principal Ball, her choice also affects his decision to stay or not. Meanwhile, Erica tries to get out of the Schwartz's longstanding tradition of dinner together every Sunday and the subsequent household chores. She soon realizes the importance of finding balance between the demands of family and marriage.

What did everyone think about this episode?

Beverly decides to join Adam and Brea on their much-anticipated beachside vacation in Miami to take of care of Pops' possessions at his Florida condominium. Meanwhile, Barry's celebratory joy after acing the MCAT is short-lived after Erica becomes the local hero when she saves a man from choking at the mall food court.

What did everyone think about last night's episode?

The Goldbergs has been renewed for a tenth season!

‘The Goldbergs’ Renewed For Season 10 By ABCDeadline

When Beverly steps in for PE coach at William Penn Academy, Adam reluctantly takes her Jazzercise class. He is surprised to find enjoyment in it, until Beverly suffers an embarrassing incident – causing Adam the ultimate humiliation. Brea steps in to show Adam his mother's good intentions and he ultimately comes to her defense. Meanwhile, Barry and Geoff find themselves both up for the same medical internship – causing conflict in their budding friendship.

When Murray goes out of town, Jane Bales attempts to make a power grab at the Ottoman Empire, forcing Beverly to retaliate. Meanwhile, Adam is thrilled to learn that Dave Kim also plans to attend NYU. The excitement is short-lived when Adam weighs the cost of his popularity after the two agree to be college roommates.

What did everyone think of tonight's episode?

The Strangest Affair of All Time

Barry and his friends try to reclaim their youth by forming a boy band, but they quickly learn they aren't kids anymore. Meanwhile, Adam has the keys to Erica's downtown apartment but realizes he's not cut out for city life.

What were your thoughts on last night's episode?

After learning no one made the deposit on the wedding venue, Geoff scrambles to help fix the oversight before Beverly finds out; and to make matters worse, a weather advisory threatens a major storm is imminent which could jeopardize the entire event.

What did everyone think of last night's show? 200th episode!

When Erica and Geoff plan a joint bachelor/bachelorette party at the beach, Barry finds himself face-to-face with his ex-girlfriends and their current boyfriends – causing him to spiral in his attempt to stand out during the festivities. Meanwhile, Adam decides to intervene when Lou takes over planning the wedding video, ultimately bringing the families together.

What did everyone think of tonight's episode?

Adam and Brea attempt remaining just friends post-breakup, while Beverly goes out of her way to protect Adam from further heartbreak. Meanwhile, Barry tries to get closer with Erica.

A Peck of Familial Love

Upon their return home from college orientation, Adam and Brea each confess a secret that could affect the future of their relationship. Meanwhile, Barry and Beverly openly admit their love of ice-dancing and explore their shared passion together.

What are your thoughts on tonight's episode?

Erica and Geoff decide to throw a party to prove to others and themselves that they can still have fun as a young, engaged couple. Meanwhile, Beverly assumes control of William Penn Academy as "acting principal" and presses the school faculty to put together a "Fame"-themed send-off for the senior class.

Hip-Shaking and Booty-Quaking
The Goldbergs moving houses
Erica's wedding
Adam's graduation
Barry becoming a doctor
All of the Above
Other?

Explanation: Yes, season 7 is my best season, mainly because of Brea and Ren, and also, I enjoyed every single episode of that season. (Angst-giving or Schmoopie's Big Adventure being my favorite) I don't know why but I love it so dang much!

Season 2 is my 2nd favorite because that's when I started being engaged with the show, and it has that magic! (The Facts of Bleeping Life being my favorite) It's just a great season, and almost every episode is awesome!

Season 1 is a close one because it's the starter of the show, and back when the family was still being introduced. (Goldbergs Never Say Die being my favorite)

Season 4 is actually pretty good, 2nd half was a bit of a downgrade for me. (Breakfast Club being my favorite)

Season 8 is actually better than most people say it is, and of course the last season with Pops RIP (Couple Off being my favorite)

Season 9 so far is good in my opinion, sad that Pops isn't there, but they did what they had to do! (The Rose-Kissy Thing being my favorite)

Season 5 is okay, had some awesome episodes (Dinner with the Goldbergs being my favorite) and kind of sad that Erica and Barry don't live in the house anymore, but whatevs!

Season 6 is kind of a nope for me, the episodes were mostly forgettable, don't have a favorite but I don't know what they did that made Season 7 so much better!

Season 3 is forgettable to me, and don't like how they kind of "killed off" dana midseason! (A Risky Business Party being my favorite)

Beverly creates a plan to save Formica Mike's failing marriage, but her efforts quickly backfire. Meanwhile, Barry enlists Adam and friends to create a James Bond-themed home movie in his ongoing efforts to court Joanne, but her response leaves him with a bruised ego. Both Barry and Beverly learn valuable lessons in love.

What did everyone think about tonight's episode?

Any episodes where Adam says "either"?

Help us grow The Goldbergs and Schooled Wiki